Why is reform difficult in school education? - Ensuring a Learning India S6 E.001


The sixth theme ‘Miles to go’ summarizes the discussion in the first five themes, and aims to create a framework for school education reforms in India. This starts with introspecting the slow progress of reform in education, learnings from experience till now, proposes a framework for reform, and in the end suggests possible channels through which interested people can contribute to the reform process.

6.1 Why is reform difficult in education?

We have discussed the issues in education at length and some possible solutions but why isn’t a public outrage over this? Why isn’t the change happening? Is it because we don’t understand and realize the issues? Is it because the solutions aren’t known yet or something else? Overall, the progress of reform in school education looks slow, compared to its importance and urgency. 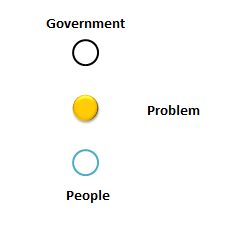 In this framework, there are three possibilities depending on the strength of pressures from both the ends. 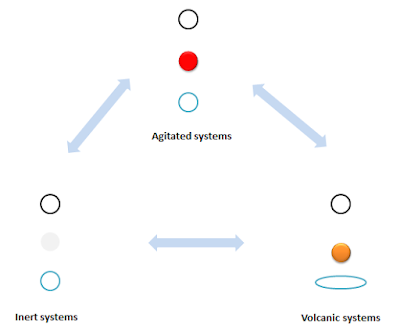 Inert systems: Inert system is a stage where there are no or little pressures from both the ends. This can be either because there is lack of recognition of the issue or the loss of hope among people about the possibility of reform coupled with inaction from government. The issue of corruption was at inert stage much before Anna movement due to several factors – acceptance of corruption in daily life, loss of hope about reform etc.

Volcanic systems: Volcanic system is a stage where the issue starts troubling people and they visibly notice it. They are aspiring for reform burdened by the problem but there is lack of action from the government. This will be a boiling pot, which may not be visible externally, only to be burst after some time. Corruption reached volcanic stage just before Anna movement, with the tolerance tipping.

Agitated systems: Agitated system is a stage where the government is in continuous engagement with people, addressing the issues on priority. These are often issues which have visible impact in the daily life like the price of onions, food inflation, interest rates etc. These issues invite immediate protests from people and also the attention of government.

At any given point of time, all the issues can be put in one of the above three categories. Similarly, a given issue can be in one of these three stages at multiple points of time. For example, the issue of corruption was initially at inert stage, then it transitioned to volcanic stage during Anna movement and then to agitated stage when there was nationwide demand to pass the Janlokpal bill. It couldn’t then sustain at the agitated stage and then came back to inert or volcanic state.

As per this framework, education is in inert stage where there isn’t enough pressure from both the sides. There can be several possible reasons behind this.


1. Lack of visibility of crisis –. Shankar Aiyar in his book ‘Accidental India’ argues that some of the game changing reforms in India have only happened due to crises, economic reforms being the most famous. Crises provide limited alternatives and call for tough actions for survival. It can thus be inferred that crisis can be one of the important channels of operation for the transition from inert state to volcanic, and from volcanic state to agitated state. If that is so, then the problems in the sector should be visible enough to lead to a crisis. Mismanaging an economy would lead to deficits, inflation creating pressures on government. Insufficient stocks of essential commodities are reflected in the prices, calling for action on decisions regarding imports and exports. But what are the visible forms in which the crisis in learning can manifest itself? Probably it is difficult to find one such. This lack of channels for visible manifestation of crisis makes it difficult to transition from inert to volcanic, and from volcanic to agitated stages.

2. Lack of an anchor agenda – The other channel for transition between the inert, volcanic and agitated states is the availability of an anchor agenda. Corruption was a wide spread issue but Janlokpal bill was an anchor agenda, which might not be related to all forms of corruption, but it was some visible concrete form around which people can be mobilized. What can be such anchor agenda for reform in education? The lack of usage of this channel of reform can mean that there are limited such anchor agendas or lack of people to pursue it. Typically, when the issue is neglected for long and people are tired of it, seemingly inappropriate agendas emerge. For example, in response to the lack of accountability, there is an emerging demand to mandate public officials to send their kids to government schools.

3. Long gestation period for reform – Even if someone is dedicated to reform the education system, it takes typically anywhere between 10 years to a generation for the results to be visible, which is much longer than the election cycles. This is a dis-incentive for parties to prioritize this over others, which seem urgent and can yield visible results quickly. A truly committed person can take up this challenge, but for an average person, this isn’t attractive.

Any government has a limited political capital. It would ideally want to spend it in areas which give them the maximum benefit, both in terms of benefit to public and also credit to party. The lack of visible manifestation of crisis and lack of anchor agenda, long gestation period makes it a politically less attractive priority.

4. Noise in signal (demands) – The above three issues, lack of visible manifestation of crisis, anchor agenda and long gestation period is coupled with noise in signal on the steps needed for reform. This is at three levels.

One, lack of clear metrics to benchmark and progress. What are supposed to achieve through reform? In case of economy, we talk about 7-10% GDP growth, but is there any such decently credible and useful benchmark, which can be understood by parents and public officials? Universal literacy was used earlier but as we realize, that didn’t percolate much.

Two, fragmented approach of reform. The complex issue of education can be broadly put into five categories – pedagogy, political economy, economics, governance, and philosophy of education. The perception of problems in education and thereby the required solution depends on these five perspectives from which people generally analyze. This fragmented approach to reform leads to lack of incoherent demands.

Three, noise in signal from people. The lack of incoherence in demands from experts is coupled with lack of percolation of the nuances of the problems. Many people would have gone through the process of schooling, and hence each one of them tends to look at issues from their personal experiences, thereby having diverse opinions. This opinion is very crucial in having an informed citizenry but the diversity and lack of coherence can lead to dissipation of energy.

Lack of incentive to reform along with lack of coherent demands is not a constructive combination.

5. Not amenable to rules – One of the standard procedures to reform systems is to pick up contexts, devise rules, iterate them and standardize across. This approach isn’t unfortunately suitable in case of education, as demonstrated earlier that education needs high degree of autonomy to handle diverse possibilities.

6. Sensitivity of approaches – Education is a double edged sword. If one creates strong penalty systems, then it can lead to perverse incentives where teachers and students can cheat, manipulate, inflate scores, which might not result in true change. On the other hand, lot of autonomy in contexts of weak state capacity isn’t going to be fruitful either. It is challenging to tread the middle path.

7. Easy availability of alibis – Alibi systems is a good proxy to measure the complexity of dysfunctional systems. Students and parents complain that teachers don’t come to school and don’t teach properly. Teachers complain that parents aren’t interested. Administration complains that teachers don’t work. Teachers complain that their issues aren’t heard of, and they aren’t rewarded or recognized. The interesting aspect of this being, all of them can be true at some level. When everyone is at fault, then no one is at fault.

In simple words, the fact that we are spending energies on analyzing the reasons for slow progress is an indication of the enormity of the challenge and the extent of progress.

Thus there are constraints from supply side (government), demand side (public) and system (complexity). It is useful to understand this context, while preparing a framework for reform.